Welcome!
Close
Would you like to make this site your homepage? It's fast and easy...
Yes, Please make this my home page!
No Thanks
Don't show this to me again.
Close
Illegal Immigration is America’s Knockout Punch 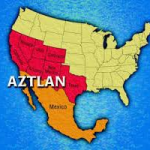 "Since the advent CAFTA, Americans are witnessing uncontrolled immigration into our country. We are being lied to by the federal government about how many illegal aliens are actually inside of our borders. The figure most often used in 1988-1992 period was that the United States had 11 million illegal aliens. According to the Arizona Republic in an article this past spring, the US still only has 11 million illegal aliens. Who does this Gannett Broadcasting owned entity think they are kidding? The media gets away with lying because the public is too distracted, too lazy and too unintelligent to do any meaningful fact checking. The real figure regarding how many illegal aliens are actually inside the United States, as estimated by many, is somewhere between 30-35 million people.M

"Immigration experts such as Frosty Wooldridge, have said that under CAFTA, which eventually opens the floodgates for all Central Americans to come to the United States, the number of these immigrants could grow to 150 million people by the year 2040. I am left wondering where we are going to find the resources to water these people, pay for their children’s education and provide enough housing and roads?" Article from Common Sense Show[Some of these "fruit pickers", that steal ID's and carry Back Packs full of drugs when crossing into USA want their own country on our land as shown in the map above]